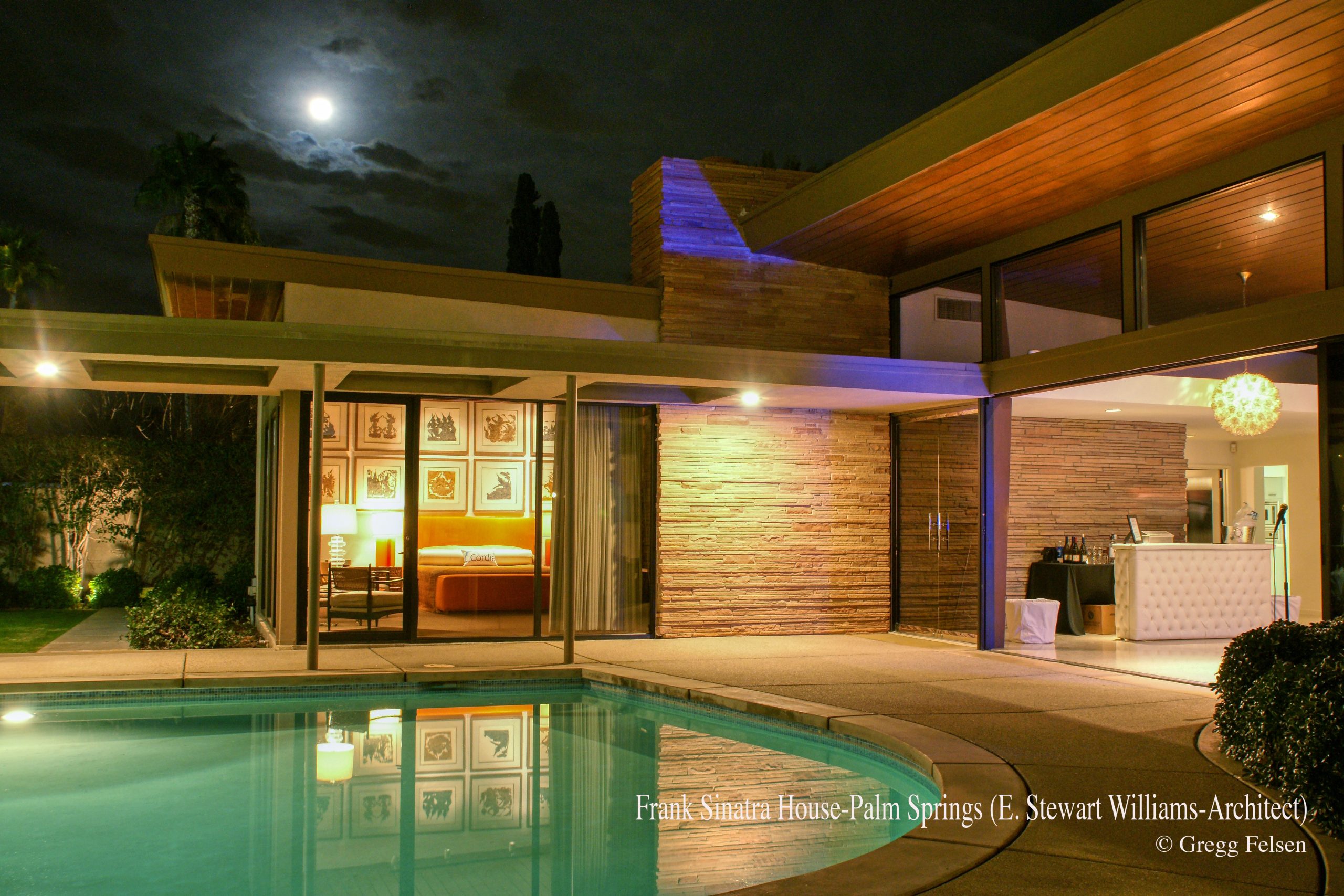 The most defining characteristic of mid-century homes is the emphasis on clean horizontal lines, rows of windows, cantilevered roofs, open-concept floor plans, and indoor spaces that open directly to the outdoors.  “Modernism Week”, an eleven-day event, attracts over 150,000 visitors to Palm Springs every February and generates an economic impact of over $57 million.

As an event and architectural photographer in Palm Springs for over ten years, I have had the opportunity to photograph swanky parties, fascinating lectures, and some of the best examples of mid-century architecture including the home of famed Swiss-born architect Albert Frey who established the style of architecture known as “desert modernism” and who designed Palm Springs City Hall and the iconic Tramway Gas Station which is now the Palm Springs Visitors Center.

Other notable homes I have photographed extensively and are available for attendees to see include the Elvis Honeymoon Hideaway (William Kreisel), Frank Sinatra Twin Palms Estate (E. Steward Williams), the Kaufmann House (Richard Neutra), and the concrete domed Elrod House (John Lautner) that was featured in the James Bond film Diamonds Are Forever.