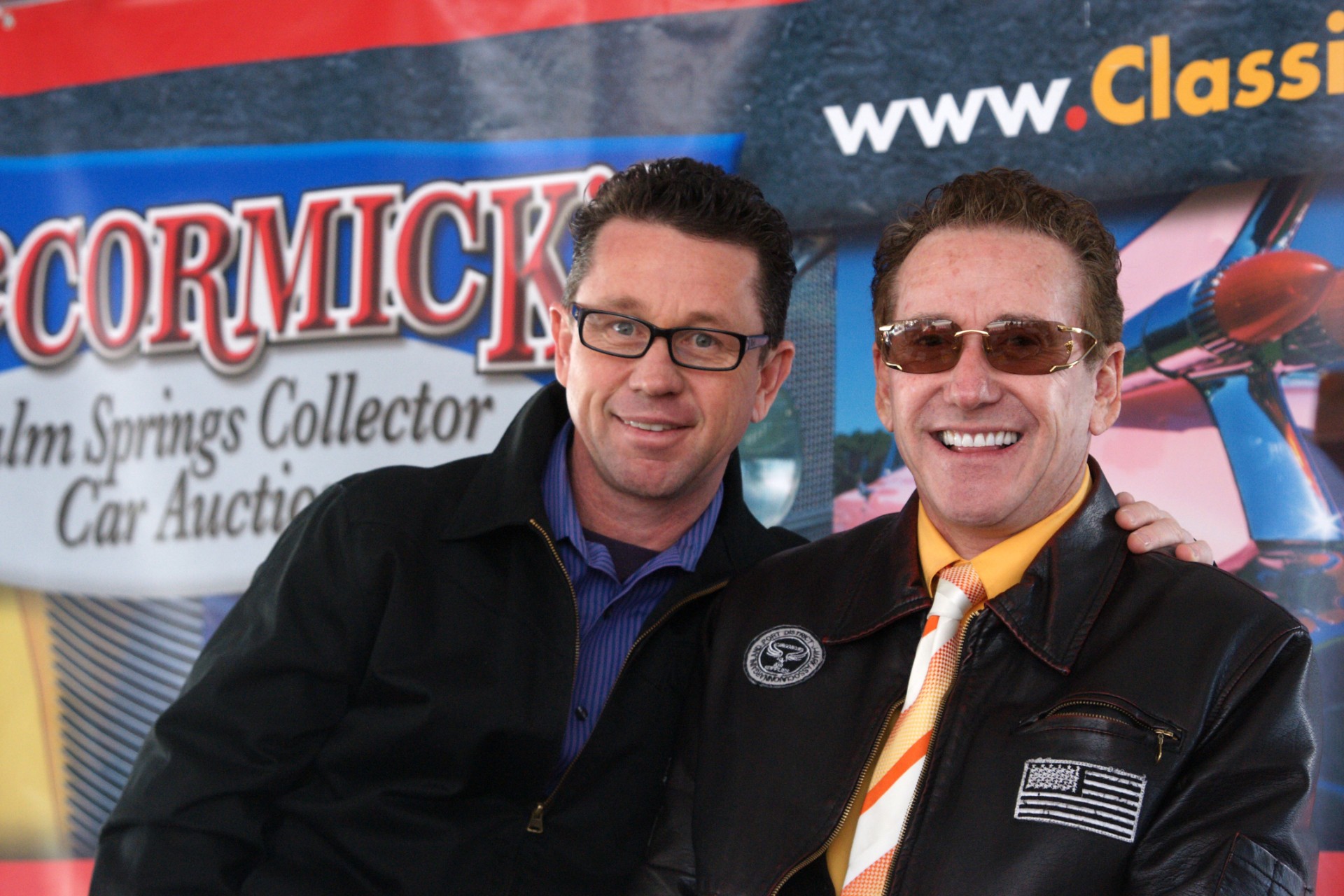 In 1985 Keith McCormick hosted his first car auction in Palm Springs, California.  It was a 2-day event held at what was the Marquis Resort Hotel, now the Hotel Zoso, in downtown Palm Springs. The first auction included a weekend of festivities including a Hollywood star-studded welcome party on Friday night preceding the auction, a black-tie ball on Saturday, and a champagne brunch on Sunday.

Currently a 3-day weekend event, the auction is now held every February and November across the street from the Palm Springs Convention Center.  The auction has become internationally known and has evolved into one of the most popular and prestigious events in Palm Springs.  Admission to the event is free to the public on Fridays.  On Saturdays and Sundays tickets are $15 per day or $25 for both days.

Open to the public and dealers, each event attracts close to 25,000 automobile enthusiasts and features nearly 600 classic, sports, special interest vehicles, and exotic cars priced from $2,000 to $250,000.

As an automobile aficionado and professional photographer of classic car events throughout the country, the McCormick’s Palm Springs Classic Car Auction is one of my favorite events.  Attendees can get up-close looks at American classics such as Corvettes, Shelby Cobras, Ford Mustangs & Thunderbirds, 1950’s Chevrolets, Cadillacs, and Packards as well as muscle cars, and vintage European cars made by Ferrari, Bentley, Rolls Royce, and Jaguar.

Known for his charisma, boundless energy, dedication to excellence, and integrity, Keith McCormick moved from the historic seaside town of Blackpool, England with his wife and two young children to Palm Springs in 1981 at the age of thirty-three.  Before moving to America, McCormick was involved in the automobile business and began selling cars from his house in 1968.  In 1971 McCormick was granted a Mazda dealership that became the largest in England and in 1976 he also became a Volkswagen dealer.

Shortly after arriving in Palm Springs, McCormick purchased the Tramway Gas Station located at the corner of North Palm Canyon Drive and Tramway Road.  It was at McCormick’s station where most tourists and Hollywood celebrities stopped to fill up their cars with gas as they traveled 100 miles back to Los Angeles after visiting Palm Springs