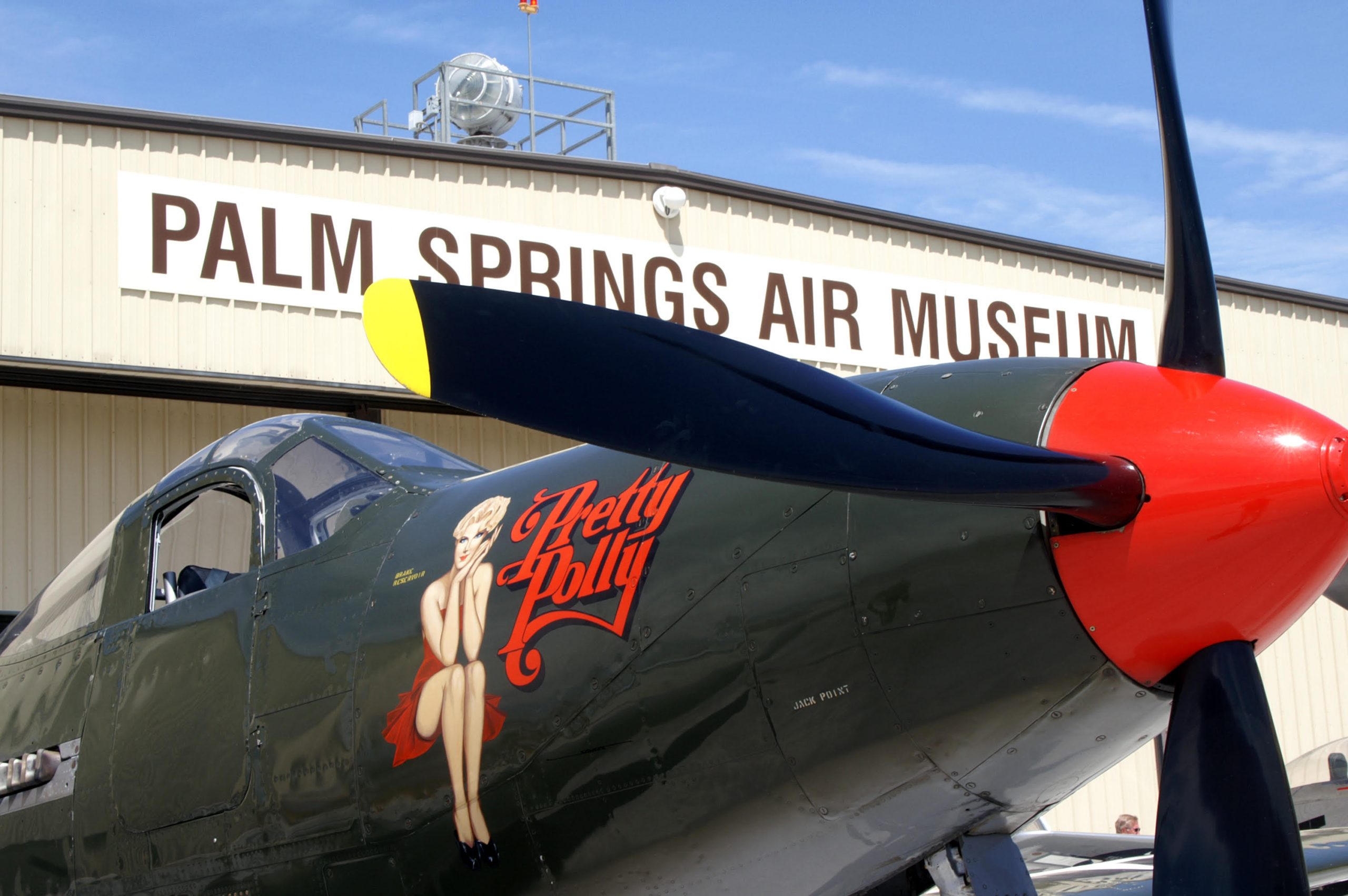 Located on the north side of the Palm Springs International Airport, the Palm Springs Air Museum features one of the world’s largest collections of flyable U.S. fighting planes form World War II as well as a growing collection of military aircraft from the Korean and Vietnam War eras.

On display at the time were a number of planes, including the B-25 Mitchell Bomber, P-51 Mustang, and P-63 Kingcobra from the collection of Minneapolis businessman Robert Pond. These and other several other of Pond’s planes formed the nucleus of the current Palm Springs Air Museum’s collection.

In addition to planes, the museum features artifacts, artwork, photographs, military uniforms, a gift shop, an extensive library and simulator. Visitors can choose from rides on a number of vintage planes starting at $99.

Gregg Felsen Photography has been a regular photographer for the museum. Contact us for your photography needs.