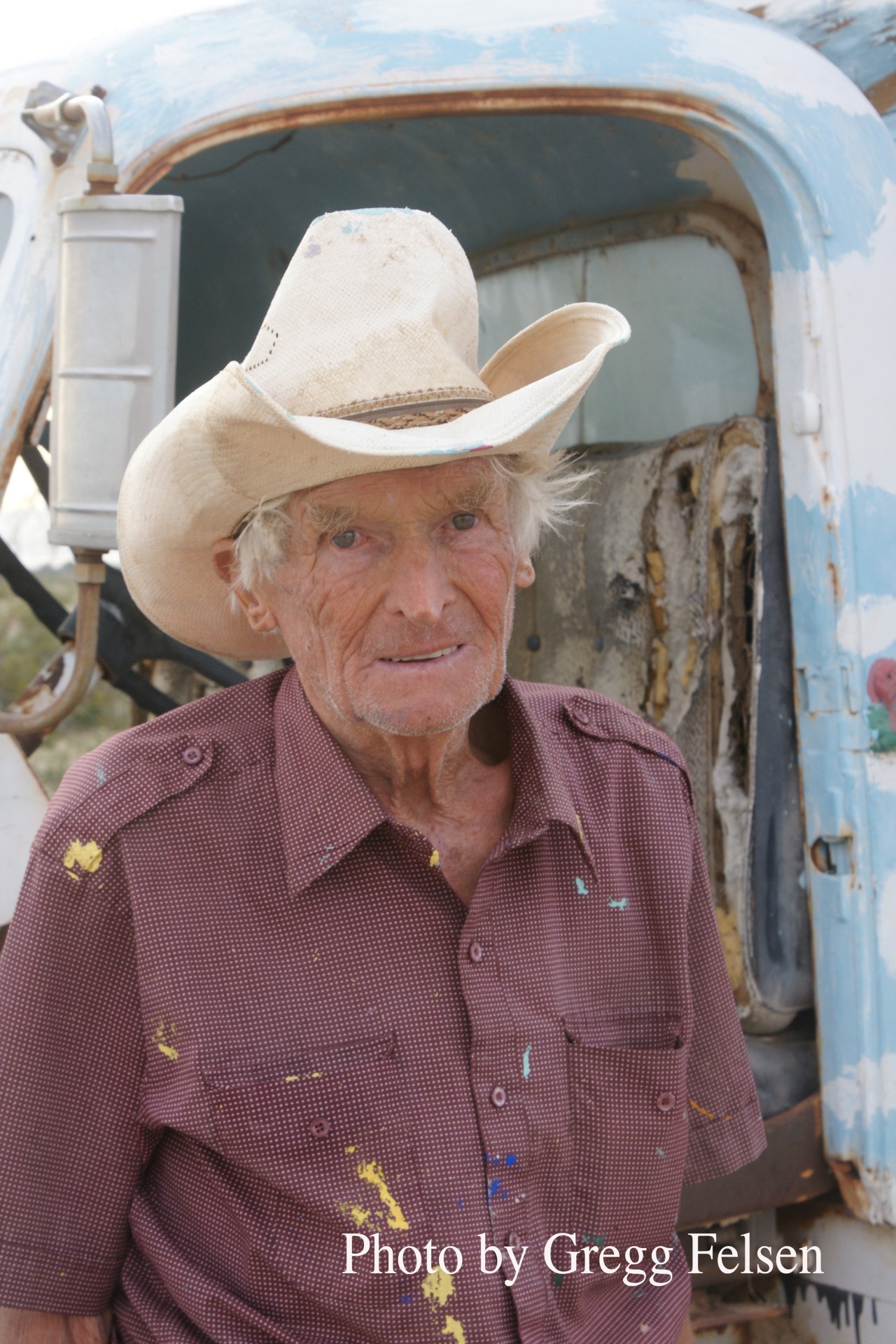 A work of art like no other, Salvation Mountain is a tribute to God by the artist/creator, Leonard Knight who, over a 25 year period beginning in 1984, constructed this dome-like structure out of local adobe clay, straw, and over 100,000 gallons of donated lead-free paint.  Throughout the many years Knight worked his masterpiece, he lived at the base of the barren site in the back of a fire truck that5-acre site was modified and decorated as colorfully as his mountain.  He had no electricity, running water, phone, or air conditioning.

Located a remote area in the desert near Niland, CA. and just east of the Salton Sea in Imperial County of California, the 150 feet wide x 50 feet high rainbow-colored mountain, adorned with colorful religious messages, has attracted thousands of visitors annually from throughout the world for over thirty years.  Inside the mountain are brightly numerous brightly painted caverns, crevices, and trees that are reminiscent of the alternative universe one would see at the bottom of the Rabbit Hole in the Alice in Wonderland story.

In 2010 Knight’s health began to fail forcing him to leave Salvation Mountain and live at a nursing home near San Diego.  Knight died in his sleep at the age of 82 on February 10, 2014.  After his death, some of his ashes were taken to Salvation Mountain and mixed into paint that was then applied to portions of the masterpiece to which Knight devoted his life.

Currently Salvation Mountain is operated by a non-profit organization formed by supporters and friends for the purpose of supporting and protecting the site.