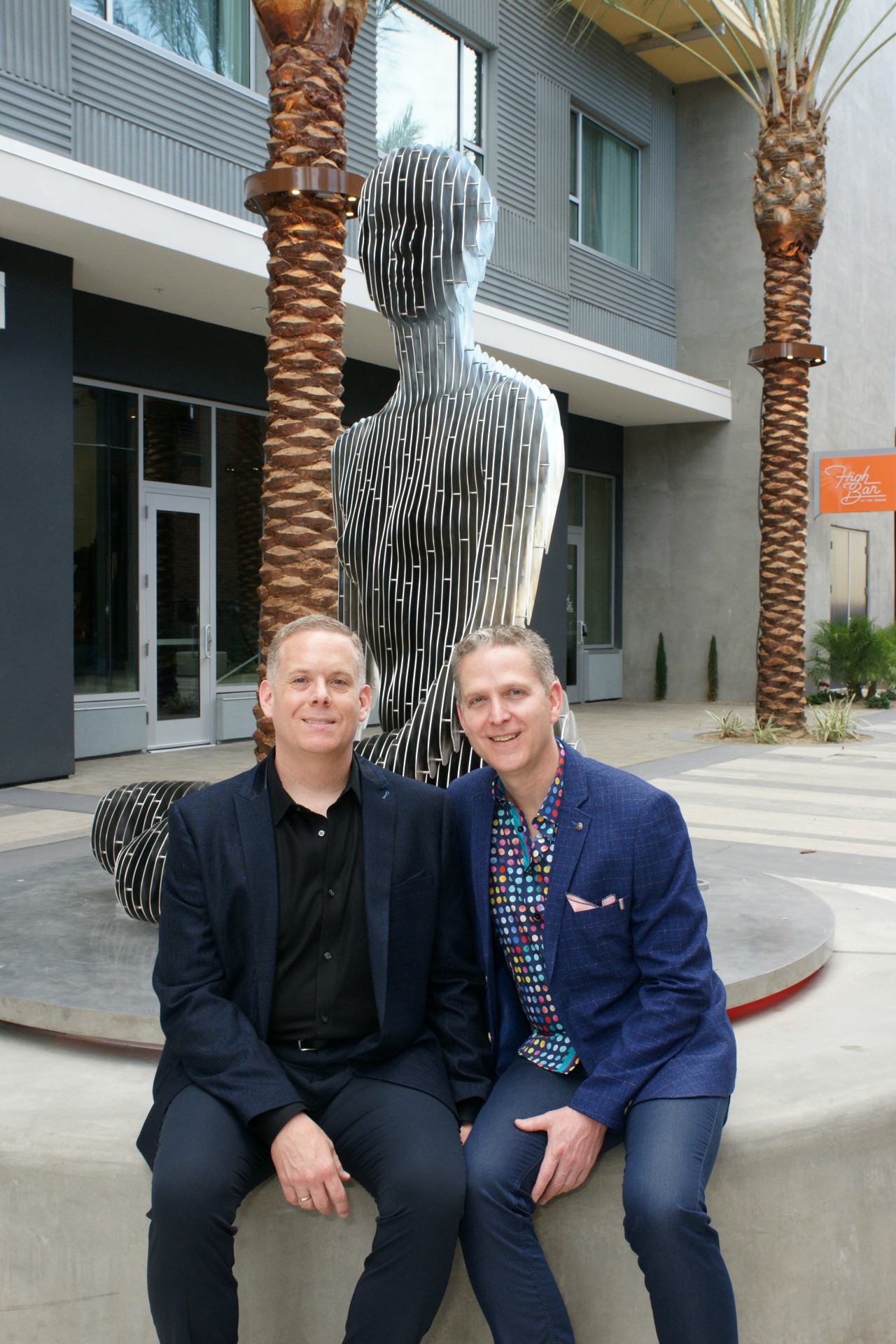 Located in the walkway between Starbucks and the Kimpton Hotel on downtown Palm Springs is a larger than life polished stainless steel sculpture called “Isabelle”.  This stunning one-of-a-kind piece is the work of German sculptor Julian Voss-Andreae who currently lives in Portland, Oregon.

Voss-Andreae’s many sculptures including “Isabelle”, were created in a style inspired by his background in quantum physics.  Widely known for his striking large-scale public and private commissions, each of Voss-Andreae’s sculptures is constructed from thin parallel sheets of polished stainless steel that appear solid when viewed from most angles but seem to disappear into thin air when viewed head-on.

Locals and tourists have taken a liking to ”Isabelle” and the statue is a common for the statue to be included in people’s “selfies” and group photos. “Isabelle” also takes on a different look at different times of day.  By day, the statue captures the sun and beautiful colors of the area and by night, the statue is bathed in lovely custom lighting.

“Isablelle” is a wonderful addition to the city’s many public art installations.